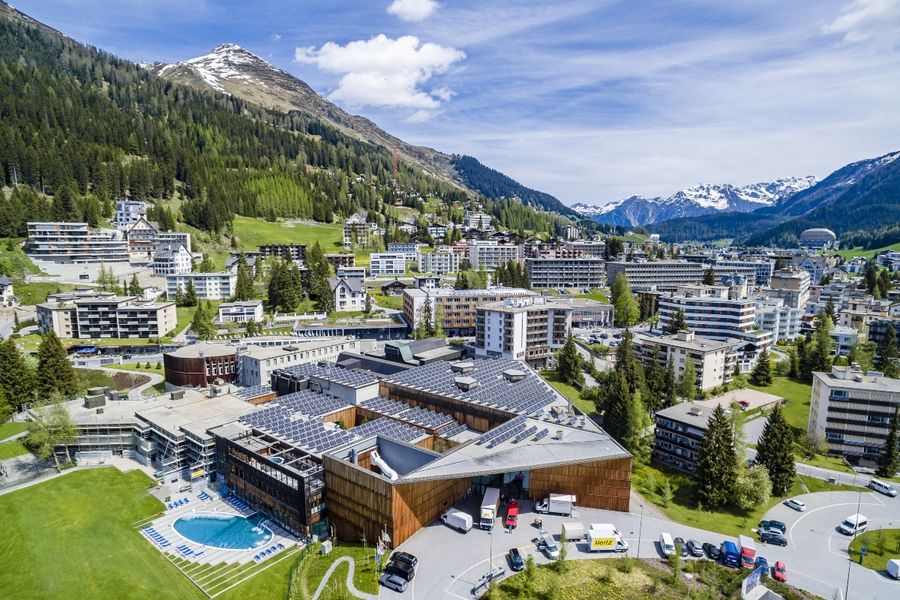 Opposition continues to mount against the environmental, social, and governance (ESG) investing approach that has become mainstreamed in recent years by the likes of World Economic Forum founder Klaus Schwab, BlackRock CEO Larry Fink, and members of the Business Roundtable.

Earlier this year, The Economist ran a lengthy, scathing piece concluding that, “the term ESG should be scrapped” in favor of better-defined metrics that don’t make the mistake of “lump[ing] together a dizzying array of objectives.”

That came a year after former BlackRock CIO Tariq Fancy—like the writers at The Economist still very much in support of the underlying goals of ESG—explained that he had stepped down from his position at BlackRock after coming to see the approach as not only suspect on fiduciary grounds, but as ineffective in practice and a potential threat to democracy and national self-governance. As Fancy phrased it at one point in his three-part essay: “Do you really want your banker redesigning society?”

In the past several months, multiple U.S. states have taken action to cut ties with ESG investing, and to hold its proponents’ feet to the fire in terms of their responsibilities to investors—particularly those who participate in state-run pension plans. Early this fall for example, Louisiana, Utah, Arkansas, and Texas all redirected state investments away from BlackRock, while other states have signaled their willingness to take similar action. Arizona and Florida recently joined them.

But it was in October that state officials made a more coordinated effort to oppose ESG investing. That’s when 19 states—led by Missouri—launched an investigation of America’s six largest banks to hold them accountable to U.S. laws and legal precedents that are at odds with stated ESG investing goals as set forth in the United Nations’ “Net-Zero Banking Alliance.”

Here are the flaws the report underscores:

1. Lack of Consistent Metrics and Ratings.

With an issue set that covers a wide range of hotly debated issues—everything from climate change and social justice to racial, sex/gender, and minority-based quotas in board governance—it’s no wonder that ESG investing lacks a basis to dependably measure companies on their overall performance. This inherent lack of standards is also highlighted by The Economist, which concluded that the approach “risks setting conflicting goals for firms, fleecing savers and distracting from the vital task of tackling climate change. It is an unholy mess that needs to be ruthlessly streamlined.”

Nebraska’s Attorney General office agrees. “Inconsistent ratings result from a difference in the factors considered, the weight given to each factor, and the way that each factor is measured. These inconsistencies will persist even if disclosures are compelled. The problem lies not in the lack of information but in the ambiguity and subjectivity that pervades the entire ESG enterprise.”

The report explains: “Conflicts inevitably arise between the ‘E,’ the ‘S,’ and the ‘G.’ For example, the typical ESG environmental position supports investment in solar energy, but the solar industry relies heavily on critical components made through slave labor in China, and the funding of slave labor is diametrically opposed to the social goals of ESG… The internal conflicts and contradictions are enough to make ESG proponents’ heads spin.”

As many ESG factors conflict with each other, the report points out, one predictable outcome is that companies seeking higher ESG scores are often guilty of hypocrisy, sometimes overlooking basic human rights violations in order to achieve environmental goals. Examples in the report include BlackRock’s friendly terms with the Chinese Communist Party (CCP) and Goldman Sachs’ unethical payoffs to various governments that are overlooked on an ESG scoring scheme thanks to the gender-based diversity on the company’s board.

Another prime example comes courtesy of Barron’s magazine, which recently told the story of a company with a long track record of swindling low-income used car buyers whose ESG scores are nonetheless buoyed by the fact that many customers it takes advantage of hail from ethnic minority backgrounds.

“ESG activism is rife with misaligned incentives between principals and their agents,” the report asserts. “Start with investors and their asset managers… Anything that popularizes ESG encourages investors to purchase asset managers’ more profitable products.”

This built-in conflict of interest is also highlighted in the previously referenced piece by Tariq Fancy. Recounting a conversation he had with a mentor in the financial services industry, Fancy recalls being confronted with the inevitable conflict of interest involved in selling highly marked-up funds that are less likely to perform well financially: “Listen, you know it’s a marketing gimmick.” He waited for a response. “You know it. We all know it!”

5. No Consistent Profit for Investors.

Highlighting a related concern with ESG investing, the report points out that by factoring in non-financial, often subjective issues, management firms like BlackRock risk underperforming for their clients in the market. That’s particularly relevant when firms are dealing with state-managed retirement funds that tend to remove the intentional choice of the retiree from the equation.

“To illustrate,” the report says, “coal prices have soared recently, which means investment managers who divested from coal companies have likely experienced losses or at least underperformed managers who did not divest for political reasons. While individual investors can make these value decisions for themselves, institutional investors must put their clients’ financial interests ahead of these sorts of ESG considerations.”

In stark contrast to the American system of government with its checks and balances resulting in decentralized power, “ESG sacrifices this hallmark of our social order by concentrating power in a small group of elites running global financial firms.”

This is something Fancy delves into in his essay as well:

“There were times that I felt like Thomas Jefferson.” So said Johnson & Johnson CEO Alex Gorsky, who led the drafting of the US Business Roundtable (BRT)’s groundbreaking statement on stakeholder value. It’s easy to understand why he felt that way, given the weight of such lofty words about the future direction of not just business, but indeed society in general. But not enough people have asked a simple question: does it make sense that a CEO should feel like a famous US President? Only one of them is elected by the people, after all, unless by “the people” we somehow mean “voting shareholders of Johnson & Johnson.”

Or, as the Nebraska Attorney General’s report summarizes: “It is concerning to give such a small group ‘the right to evaluate such policies [on important social issues] on behalf of’ everyone else.”

Related to the above concern, the report warns that ESG investing short-circuits a healthy political process where those in decision-making roles can be held accountable at the ballot box. Citizens may agree or disagree with congressional action, for example, but there is little they can do to hold accountable far-flung global elites or those within the executive branch who can and do implement ESG goals that stand in contrast to the will of the people.

“If an environmental or social issue is worth settling,” the report states, “the people should speak through their elected representatives.”

Rather than allowing the market dynamic to drive behavior and commerce, ESG substitutes consumer choice for elite hobby horses valued by jet-setting World Economic Forum attendees. That doesn’t just tinker with the market or provide necessary regulation in line with national self-rule, it establishes a centralized market where consumers are beholden to the whims of unelected billionaires.

Under normal circumstances, if ExxonMobil chose to transform itself from an oil and gas company to a renewable energy company, market forces would compel Chevron or some other major oil company to expand production to capture the market share abandoned by Exxon. But since Exxon and Chevron (and nearly every other major oil and gas company that is publicly traded) have the same need to access capital markets that are dominated by ESG proponents, both are under the same pressure to move away from oil and gas production despite increasing demand from the public for cheap, reliable energy. As energy prices inexorably rise (which is the point of divesting from fossil-fuel companies), the general public will increasingly see this as a failure of the free-market system, rather than the concerted effort of a small group of actors imposing the costs of their environmental program on society at large.

9. Undermining Freedom and Detracting From Business.

Lastly, a focus on ESG in business and investing cuts against the very foundations of a free society, while unnecessarily distracting businesses from what makes them great. The Nebraska Attorney General’s office holds up Disney as a striking example of this reality, pointing specifically to a letter signed earlier this year from conservative employees who called upon leadership to address the company’s “progressive orthodoxy” that had led to an “environment of fear.”

“Practically speaking, this means that jobs at some corporations will be walled off to people with certain views,” the report said. “And it means that employees will not be free to speak their views on some topics for fear of professional retaliation. This restricting of jobs and silencing of speech undermines freedom.”