How to Move Toward Unity in the Workplace 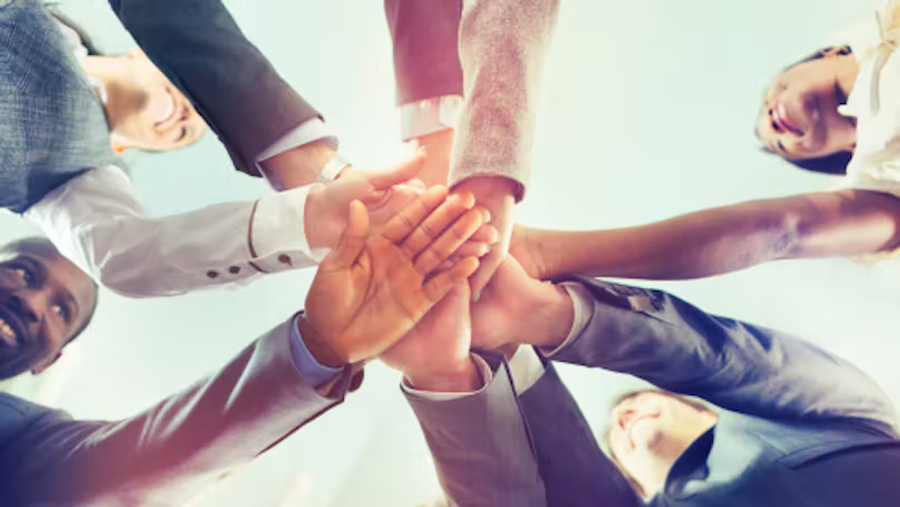 In the spring of 2021, it came to light that Disney was inundating their employees with trainings on anti-racism and white privilege. These trainings included racially segregated “affinity groups" at the company’s headquarters, and employees were told to fill out a ‘privilege checklist’ in which white employees were encouraged to ‘work through feelings of guilt, shame, and defensiveness.’

Forced upon employees under the guise of “diversity, equity, and inclusion,” these trainings often accomplish the exact opposite of their stated purpose. Think about it. Race-based segregation or forced apologies for employees’ skin color does not engender collegiality, civility, or mutual respect in the workplace. Indeed, it cannot.

In Disney’s case, anonymous employees later said that the training, though “perhaps noble in intent, has become deeply politicized and engulfed parts of the company in racial conflict.” The Viewpoint Diversity Score Business Index’s findings underscore the fact that Disney is not the only company inadvertently promoting division within its workplace.

Businesses across the nation have employed similarly divisive workplace practices. Divisive concepts are being smuggled into almost every American workplace through a variety of training programs, and the foreseeable and regrettable damage to workplace culture has only just now begun.

If companies don’t take corrective action now, they may soon find out it’s too late to reverse course.

Divisive concepts in the workplace

Divisive concepts are any framework used in employee trainings that disparages a person or particular categories of people because of their religion, race, ideology, or sex. Based on our research, at least 78% of the 50 companies we scored promote divisive concepts in their workplace training programs. When companies weave this kind of training into their programs, they undermine the trust, respect, and openness in their workplaces.

You can scrutinize whether your company employs divisive concepts in employee trainings by referencing our Workplace Resource on the subject. This will help you audit your workplace trainings, programming, and resources to help you mitigate risk.

Be on the lookout for training programs that promote any of the following ideas:

Critical theory lies at the heart of these and other divisive concepts. Critical theorists believe that at the core of our society is a social construction of power—a group that oppresses and a group that is oppressed. Critical theory in workplace trainings results in identifying groups of people as either oppressed or oppressor based on their race, sex, religion, or other characteristics.

We’ve seen examples of critical theory being used in educational institutions before, resulting in student division. Now, it’s crept into our corporations, businesses upon which millions of Americans depend for their livelihoods and for various essential services.

One company that scored especially poorly on our Business Index was Bank of America Corp. In 2021, the company launched what it called a “reeducation” program, telling employees they needed to be “woke” and told white employees to “decolonize your mind.” On its website, the company declares that “Now more than ever, we need to be comfortable with uncomfortable conversations and deepen our understanding through self-education of people’s differences.” These “uncomfortable” discussions include telling all white employees that their lives are based on “white-skin privileges.”

Divisive trainings such as those employed by Bank of America break down civility among employees and contribute to a culture of distrust. Instead, employers should be committed to respecting and providing appropriate accommodations for a diverse set of beliefs and religious practices. Companies that want to recruit and retain top employees and build workplace morale should refer to training material that build unity among employees, like Brighter Side HR, whose training focuses on the equal dignity of all persons and respect for diverse viewpoints.

We need a culture of civility and kindness, not division, in our workplaces. And our resources can help get you there. When corporations use divisive concept trainings to push political and ideological agendas on their employees, it discourages diversity of opinion amongst team members, and further polarizes an already polarized country.

We want to help you create a work culture where each person chooses to value others and treat others with dignity and respect, rather than encouraging employees to wrongly assume that people of a certain race, sex, or religion have an unconscious and implicit bias against others.

The first thing you can do to build openness and camaraderie in your workforce is to audit the current state of employee trainings, and keep an eye out for divisive concepts. Remove resources that could possibly create division among employees and implement alternative diversity training, like those offered by Brighter Side HR.