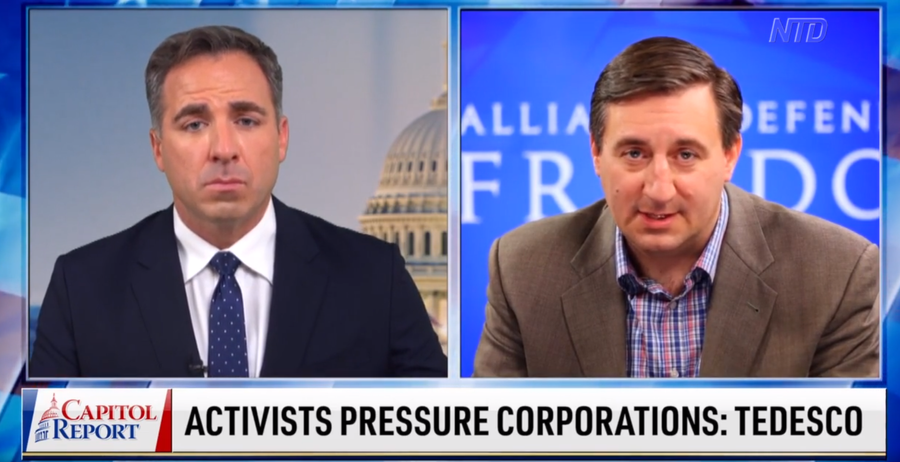 Tedesco’s comments follow similar statements by those of his colleague Denise Harle—who serves as ADF’s Director of the Center for Life. Harle argued in a recent National Review piece that this one-sided approach presents female employees with the false choice between motherhood or successful, fulfilling careers. But this proposition doesn’t hold water. The idea that women should always prefer career advancement over raising their children drastically understates the value and dignity of motherhood.

Indeed, women can – and often do – pursue both successfully, provided they are afforded the right conditions and support. That’s why companies should recognize that subsidizing employee abortions while denying pro-life, pro-mom, and pro-family alternatives, is both ethically dubious and contrary to companies’ long-term interests.

Those companies, Tedesco pointed out, are also choosing to meet the demands of political activists rather than respecting the pluralistic values of their employees and shareholders.

“Some of the pressures that these corporations are under really just comes from activist groups and … shareholders … demanding that they take a political stand rather than take an assessment of their business interests and the interests of their employees,” Tedesco said. “Many women, if they had just a little bit of help, … would make the choice to bring their unborn baby into the world. It’s really very disturbing to see these corporations try to incentivize ending that life.”

Along with Tedesco and Harle’s challenge to Corporate America, businessman and entrepreneur Peter Rex called attention to the short-term thinking of companies pledging to fund employees’ abortions. Writing in Newsweek, Rex—who serves on the advisory council for Viewpoint Diversity Score—urged his fellow CEOs to commit their resources to female employees who choose life for their children—including by placing them into adoptive homes.

“These businesses are ignoring the possibility that many employees may simply need a little more help to carry their baby to term. Instead of blindly paying people to end an unborn child's life, companies should consider paying them to welcome that life into the world.”