How Corporations are Threatening Freedom, and How They Can Change Course Before it’s Too Late 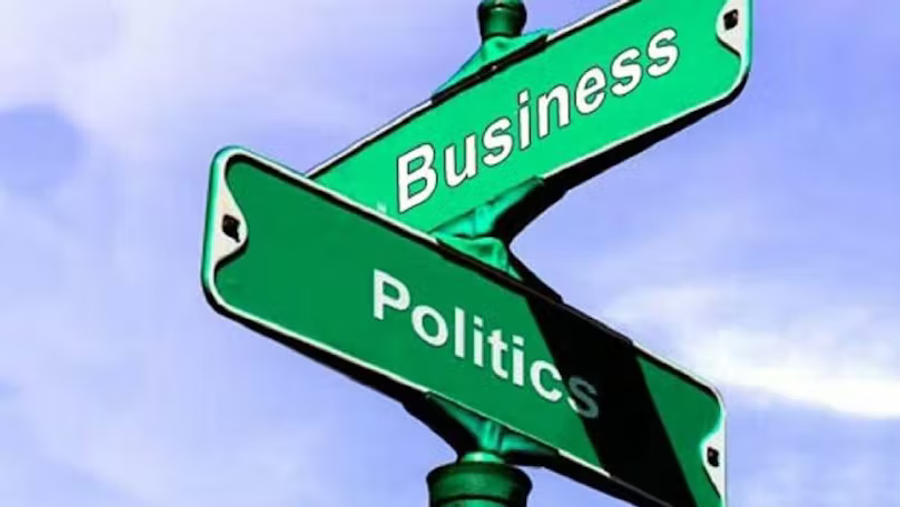 One critical factor in benchmarking companies in the Viewpoint Diversity Score 2022 Business Index hinged on whether companies are known to support legislation or other political causes that undermine core constitutional principles of freedom of speech and religious liberty.

What we found was disappointing.

A majority of the Fortune 1000 companies we scored go out of their way to support controversial bills, causes, and organizations that compromise both free speech and religious liberty. This is especially concerning since many of these companies provide essential services—including banking, software, and communications—to millions of Americans. While many of their employees, customers, and shareholders are strongly opposed to these legislative goals, the real danger is that policies routinely backed by business giants like Apple, Microsoft, Amazon, and Capital One directly threaten the ability of every American to live, speak, and work according to their beliefs.

Companies often claim that they seek to make a positive impact on society. But too often, these well-intentioned aims veer drastically off-course when it comes to taking sides on hot-button cultural issues.

Let’s take a look at a number of the harmful laws and campaigns supported by publicly held corporations in our Index.

Long dubbed a top priority by some progressive organizations, the so-called “Equality Act” seeks to amend the Civil Rights Act of 1964 and would elevate sexual orientation and gender identity to the same level of race, color, religion, sex, and national origin in federal law. Despite their seemingly innocuous or noble sounding titles, bills like this would actually undermine equality for many people. In fact, this legislation poses a deliberate and unprecedented threat to free speech, religious freedom, and the progress that women have made toward true equal treatment under the law.

In practice, the Equality Act would coerce people who willingly serve everyone to promote messages and celebrate events that conflict with their beliefs. It would harm equal treatment of women by forcing them to compete against men in their own athletic events and share private spaces with men. It would harm religious freedom by coercing uniformity of thoughts and speech relating to beliefs about marriage, sex, and what it means to be male and female. And this is only scratching the surface.

Despite these dangers, many companies are wielding their sizeable political and economic clout to make the Equality Act law.

Organized by the Human Rights Campaign (HRC) Business Coalition, over 500 companies in the country overall have signed their names in support of the bill. Twenty-seven of the 50 benchmarked companies on the Business Index have joined, including Adobe, Airbnb, Amazon, Apple, and Capital One.

Siding against freedom in the courtroom

The fact that so many companies we rely on every day are throwing their weight behind such a dangerous—and polarizing—legislative proposal should concern us all. But supporting legislation is not the only course of damaging advocacy corporations are pursuing. Many companies are also taking part in legal advocacy, often by signing amicus briefs.

In 2021, the Supreme Court ruled unanimously in Fulton that the government cannot discriminate against a faith-based, foster-care agency. Ignoring the needs of children stuck in an overly burdened foster care system, the city of Philadelphia had halted foster-care referrals to Catholic Social Services (CSS) because CSS wanted to operate according to their religious convictions regarding marriage. That wasn’t just a violation CSS’s First Amendment guarantees, it had real-world impact on children who were in turn prevented from being welcomed into a family.

The case was such a clear violation of American freedom that it earned a rare unanimous ruling from the Supreme Court. Yet, in the lead-up to the case, Airbnb and Apple signed onto an amicus brief in support of the City’s attempt to shut down CSS’s foster care services because of its religious beliefs.

That’s just the latest instance of big business backing a misguided government effort to punish everyday Americans for their deeply held religious views. When the Colorado Civil Rights Commission sought to punish Masterpiece Cakeshop owner Jack Phillips for declining to create art in violation of his religious beliefs, Airbnb, Amazon, Apple, and Citigroup signed an amicus brief backing the government's attempt to punish Jack. The Supreme Court rebuffed that attempt too, finding Jack's rights were protected. But it's concerning how consistently these corporations line up to oppose the right to create freely.

These examples are just the tip of the iceberg. A deeper dive into our Index (including our Source Data) found that 64 percent of companies on the Index are supporting legislation or legal action to roll back protections for free speech and religious freedom. Businesses should avoid actions that undermine their stakeholder’s freedom of expression and freedom of religion, and instead commit to fostering a culture of respect for people who hold diverse religious and social viewpoints.

Viewpoint diversity means respecting those with whom we disagree. That makes our democracy possible, and provides the necessary conditions for progress in business and society.