Government and Big Tech are Colluding to Censor Speech. Here's What Should be Done to Stop Them 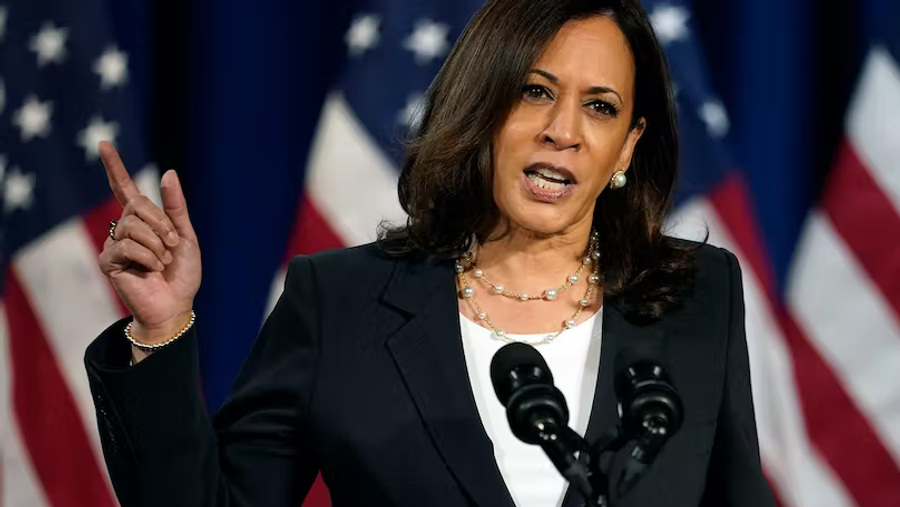 Led by Vice President Kamala Harris, the new task force is substantially broader in scope than its short-lived predecessor, the DHS “Disinformation” Governance Bureau shuttered amid widespread concerns that such an entity would be easily weaponized to pressure private tech companies to limit or censor disfavored speech on their services.

Instead of taking the lesson and giving up on this dangerous idea, the Biden administration is doubling down on pressuring Big Tech to chill speech it doesn’t like. The newly branded “Ministry of Truth” promises a “whole-of-government approach” to cracking down on so-called “technology facilitated gender-based violence.” It includes a panoply of different federal agencies like the Department of Defense, Department of Education, Department of Justice, Department of Homeland Security, Commerce Department, State Department, and Health and Human Services—much of President Biden’s National Security Council.

The task force’s scope of activity extends to making recommendations for state and federal government agencies, social media companies, and schools. It will also provide the President with proposals on “policy, regulatory actions, and legislation on technology sector accountability to address systemic harms to people affected by online harassment and abuse.”

To be sure, this mandate is sweepingly broad and intractably vague. But there is little doubt about its purpose – namely, a thinly veiled attempt at reviving the Disinformation Governance Bureau to censor content online either through direct collusion with social media companies or through the blunt instrument of government regulation. Worse, the expansive and poorly defined range of speech it targets – terms like “harassment” and “abuse” – are too often used to sweep up speech protected by the First Amendment.

In other words, powerful government agencies are actively working to influence how social media companies regulate constitutionally protected speech online. This is a dangerous precedent and should concern people of all ideological hues.  Moreover, this isn’t the first time the current administration has enlisted the help of social media companies to crack down on speech it doesn’t like. In a July 2021 press briefing, then-White House press secretary Jen Psaki revealed that administration officials “are in regular touch with the social media platforms,” flagging posts deemed “problematic.” Leaked briefing notes revealed that the now-scrapped Disinformation Bureau had planned to enlist the help of social media companies like Twitter to track and counter “misinformation.”

What the government cannot do through direct legislation because of the limits placed on its powers by the First Amendment, it is attempting to do through back-channel collusion with Big Tech. This poses a grave risk to freedom and democracy, but it is far from one-sided. The collusion works both ways. Many social media companies are complicit in government efforts to track and suppress viewpoints deemed “misinformation,” “abuse,” or “harassment.” While some may find certain views offensive, a free society depends upon an open marketplace of ideas, now largely facilitated through vast private mediums of communication controlled by large social media companies.

The unsettling result of this collusion is that those sharing disfavored opinions online may find their speech censored by private tech companies at the behest of powerful government agencies that have significant power to influence their activities (even without formal regulation).

During the COVID-19 pandemic, for example, Facebook and others worked closely with the CDC to promote the government’s shifting narrative while censoring viewpoints it disapproved of.

State government officials, likewise, continued the pattern of increasing public entanglement between government and tech corporations in their efforts to suppress disfavored viewpoints. During the 2020 presidential election, New York, Massachusetts, and California officials consistently demanded Twitter and Facebook remove posts on hot-button political issues like abortion, which they determined to be “election misinformation.”

Despite evidence of collusion between Big Tech and Big Government, these companies are not transparent about the requests they receive to censor speech from government entities. Of the 50 companies we surveyed in the Viewpoint Diversity Score 2022 Business Index, none provided sufficient disclosures of government requests to suppress users or content. This includes Big Tech giants Meta (Facebook, Instagram, etc.), Alphabet (Google), and Twitter.

While some platforms provide general data about government requests to block or slow the spread of content, these disclosures are wholly inadequate for the public and outside watchdog groups to gauge the degree to which government actors are influencing “private” content moderation decisions.

This collusion only adds to eroding public trust in the governance of social media platforms. Edelman’s Trust Barometer ranks social media companies the least-trusted sector of business, with just 44 percent of Americans trusting them to do the right thing. Content moderation was a major factor, which is consistent with a YouGov survey finding that 75 percent of the public doesn’t trust social media to make fair decisions on which views to censor or allow.

Fortunately, there are steps social media companies can take to help restore public trust in their brands and services. The benchmarks specified by the Viewpoint Diversity Score Business Index provide an excellent starting point for reform. Companies should publicly disclose any request or recommendation from governments to restrict users’ access to content or services. These disclosures should specifically include the name of any government entity making take-down or censorship requests, the nature of each action requested, the rationale, and the company’s response to each request.

These disclosures could be made through annual, semi-annual, or quarterly public reports released by the company. Social media platforms could also follow Facebook’s (Meta’s) approach in making these disclosures the responsibility of an independent oversight board. Given the immensely high stakes of protecting freedom of expression in the digital public square, platforms should be quick to embrace rigorous standards of transparency when it comes to their relationships with government entities seeking to censor speech.

Taken together, these best practices would go a long way towards helping social media platforms rebuild trust through a demonstrated commitment to transparency and an open internet.