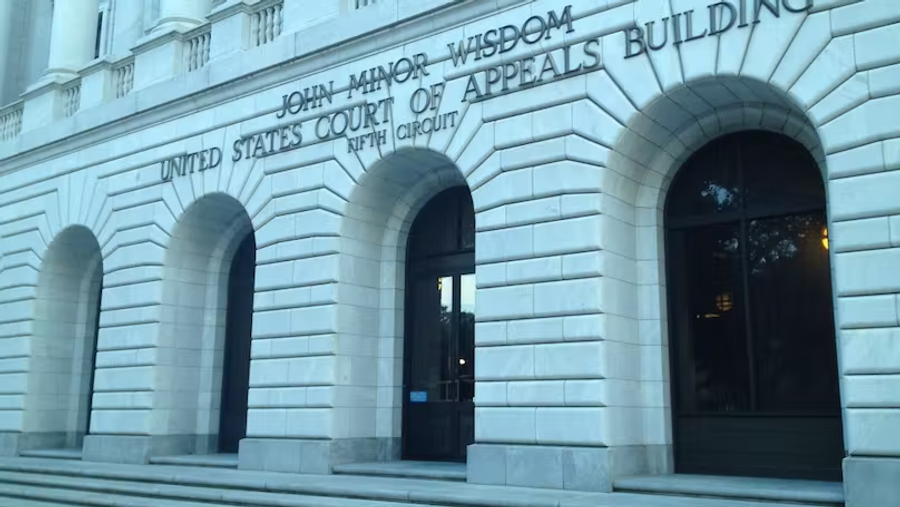 On Sept. 16, the U.S. Court of Appeals for the Fifth Circuit upheld a Texas law that prohibits social media companies with 50 million or more users from censoring content.

In NetChoice v. Paxton, the court affirmed a Texas law that prevents large social media platforms like Facebook, Twitter, and YouTube from denying services or removing content based on the users’ viewpoint. It also requires the platforms to be more transparent by doing things like posting their terms of service, publishing transparency reports, and explaining why they deny service to any user.

While the law in question seems destined for the U.S. Supreme Court—particularly since the decision conflicts with a recent Eleventh Circuit ruling—its underlying aims are straightforward: Companies holding themselves out as viewpoint-neutral platforms for speech owe it to their users to deliver on that basic promise.

There’s no question that Big Tech platforms are failing in the very areas the Texas law seeks to address. Measured on this year’s Viewpoint Diversity Score Business Index, Twitter, Meta (Facebook, Instagram), and Alphabet (Google, YouTube) scored in single-digits out of a possible 100 percent score.

In a recent analysis of Alphabet, we noted a common theme that the Texas law (HB20) seeks to address as well:

Policies like Alphabet’s undermine a culture of free speech, where dissenting voices are allowed and even encouraged to challenge views held by those in power. That not only means scrubbing existing content from the digital public square, but also chilling speech from those who may be more hesitant to challenge entrenched orthodoxies when such challenges to the status quo are regarded as “hateful” or “objectionable.”

And the censorship doesn’t end with Alphabet’s internal policy. The Biden administration has shown a brazen willingness to pressure Big Tech companies—including Alphabet—to purge opinions from their platforms that public officials arbitrarily deem “disinformation.” Unfortunately, not one of the 50 companies on the 2022 Business Index confirmed that they disclose government requests to censor or restrict services to their shareholders or the public, which raises serious questions about the future of free speech in the digital marketplace of ideas.

In challenging HB20, the platforms argued that they have a First Amendment right to remove whatever content and ban whichever users they want. The Fifth Circuit squarely rejected this in a 90-page opinion, where it emphasized that the law “does not chill speech; instead, it chills censorship.” A concurring judge went on to call the platforms’ argument “ludicrous,” emphasizing that preventing censorship is, in fact, a “pro-speech, not anti-free speech result.”

Notably, the Fifth Circuit also appeared to agree with a line of reasoning recently advocated by Supreme Court Justice Clarence Thomas, which views the platforms as “common carriers” more akin to telephone companies and the post office than as publishers with discretionary authority over what runs in their publication. Since Twitter, Facebook, and YouTube hold themselves out as viewpoint-neutral and provide essential services to the public, they are “common carriers” and therefore have a “duty to serve without discrimination.”

As we previously pointed out, the Fifth Circuit openly parted ways with the Eleventh Circuit, which earlier this year ruled in favor of the social media companies in their challenge to a similar law in Florida, setting up what could be a Supreme Court showdown.

While it remains to be seen how the Supreme Court will come down on the important First Amendment questions raised by these cases, there is one place both circuit courts agree: Laws requiring more transparency from social media companies are fair game. And this should not be a surprise. As former Supreme Court Justice Brandeis once said, sunlight is the best disinfectant.

In fact, the Fifth Circuit unanimously upheld the portion of the Texas law requiring platforms to be more transparent. Both courts upheld requirements requiring the platforms to disclose any terms of service that can be used to restrict or deny account services, and to make publicly available high-level statistics about their content moderation to ensure that they are not censoring users based on viewpoint. The Fifth Circuit also upheld a requirement for the platforms to explain why a user is being denied service.

Again, these are basic expectations for companies that bill themselves as hubs for free speech and open dialogue. And companies don’t need to wait for a court ruling to adopt and enforce policies that, for example, prevent viewpoint-based discrimination in their product or service offerings, or ensure that their products and services aren’t conditioned or restricted on whether users agree with a particular viewpoint on any number of hot-button cultural issues.

Transparency is an important step toward building a digital public square that respects diverse views and beliefs. Social media platforms need not wait for courts and legislatures to impose disclosure requirements – they can and should voluntarily adopt policies like these to protect free speech on their platforms.