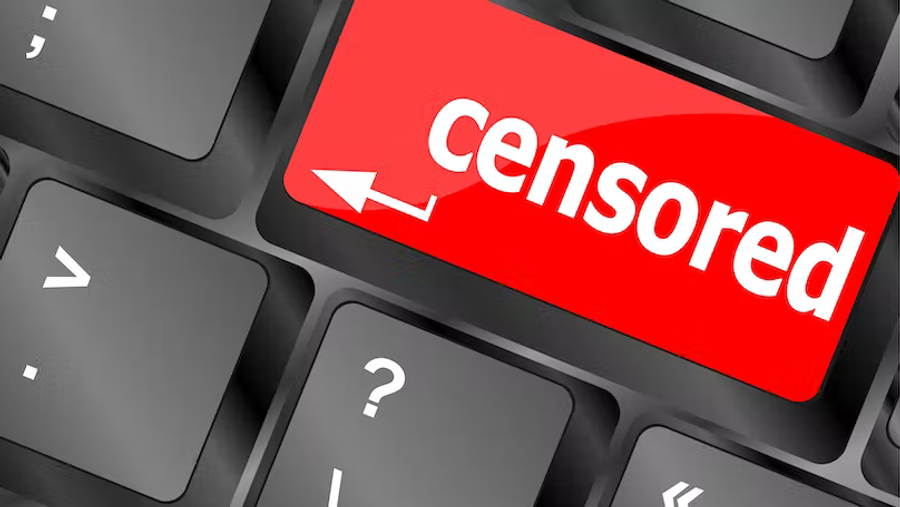 If you’ve ever wondered whether there’s a growing problem of viewpoint-based censorship in today’s culture, a quick perusal of Alliance Defending Freedom’s website (here) should clear things up for you.

Several states have imposed censorship laws aimed at silencing views that stand in opposition to those in elected office, while college students like Chike Uzuegbunam have had to appeal all the way to the U.S. Supreme Court to make sure he and future students could remedy violations of their free speech rights.

Meanwhile, so-called “speech codes” cracking down on government-defined “hate speech” have been wielded against those like Finnish parliamentary member Päivi Räsänen, who was recently acquitted of three criminal charges for sharing her faith-based beliefs in public.

But what about the role of businesses—particularly those in the Big Tech sphere—in protecting and respecting free speech? Since these corporations aren’t government entities, they are not bound by the First Amendment. But First Amendment principles are still the best guide for how to cultivate a culture committed to the free exchange of ideas and civil discourse. In many instances, Big Tech companies have pledged to create platforms dedicated to free speech and open to a broad diversity of views. They should look to the First Amendment for best practices on how to make good on those promises.

Unfortunately, though, our 2022 Business Index indicates that close to 90 percent of policies and practices for the 50 companies scored fail to respect religious and ideological diversity in the workplace, market, and public square.

One key contributor to this reality is the decision of companies in Big Tech and other industries to adopt and enforce speech codes for their employees, customers, and users. “Hate speech” and “hateful conduct,” along with “misinformation,” and “disinformation” are some of the most common terms in speech codes. They are also notoriously unclear and imprecise.

Here’s four examples of powerful companies that impose speech codes that stifle free speech. Companies can make these policies more speech-friendly by eliminating vague policy language and adopting an anti-viewpoint discrimination policy. Resources to help them make those changes are available on our website.

In its “Content Guidelines for Books,” the world’s dominant book retailer, accounting for over half of all books sold in the U.S. and 75% of all eBooks, lists its policy on “Offensive Content.” While the guidelines rightly exclude content that “promotes the abuse or sexual exploitation of children, contains pornography, glorifies rape or pedophilia, [and] advocates terrorism,” two additional categories significantly muddy the waters.

Wedged in among its commendable guidelines are Amazon’s vague commitment to refuse the sale of “content that we determine is hate speech” and “material we deem inappropriate or offensive.” This gives free rein to Amazon employees who may simply disagree with an author’s point of view or even take adverse actions based on a subjective belief that the content is either “hate speech,” “inappropriate,” or “offensive.” That threat becomes apparent when you consider recently leaked videos of Amazon employees decrying their company’s decision to sell a book written by the Daily Wire’s Matt Walsh—an incident that followed on the heels of Amazon removing a book by conservative intellectual Ryan T. Anderson.

“We strongly support all points of view being represented on the App Store, as long as the apps are respectful to users with differing opinions and the quality of the app experience is great.”

While this language alone is too great an invitation for selective enforcement against disfavored views, Apple’s policy digs the censorship hole even deeper.

“We will reject apps for any content or behavior that we believe is over the line,” the guidelines say. “What line, you ask? Well, as a Supreme Court Justice once said, ‘I’ll know it when I see it.’ And we think that you will also know it when you cross it.”

The quote is pulled from a 1964 opinion by Justice Potter Stewart, where the Court was wrestling with whether the government could regulate pornography under the First Amendment. This, of course, has very little to do with how Apple gatekeepers should decide which opinions and points of view belong on their platform. Repurposing a memorable quotation may be an effective messaging strategy, but it falls short as a matter of building a workable corporate policy that respects free speech.

As we’ve argued, one of the most important reasons companies should steer clear of adopting policies banning “hate speech” is that “hate speech” is far more a term of art than a workable and definable term of use. This reality becomes clear when you examine a policy that attempts to define “hate speech,” such as Meta’s (Facebook, Instagram, WhatsApp, etc.).

What follows in the above paragraph is a series of attempts to further define terms in a noble, but ultimately misguided attempt to cabin off the threat posed by the fundamental mistake of attempting an exclusion on “hate speech.”

Interestingly, Meta’s policy essentially admits to this core issue, linking to an article that states plainly, “There is no universally accepted answer for when something crosses the [hate speech] line.”

Exactly. And this means that anyone tasked with enforcing Meta’s “hate speech” policy must rely on his or her own opinion and instincts in order to ultimately decide who gets to say what on one of the world’s largest online platforms.

Not surprisingly, Twitter has numerous policies containing terms that can be wielded to silence any viewpoints those in authority choose.

Unfortunately, many companies’ current policies fail to appreciate a critical First Amendment maxim: The answer to speech you don’t like is more speech, not censorship. As another U.S. Supreme Court Justice, Louis D. Brandeis, wrote in a 1927 decision, “If there be time to expose through discussion the falsehood and fallacies, to avert the evil by the processes of education, the remedy to be applied is more speech, not enforced silence.”

Rather than relying on a policy approach that often presents employees with broad categories and wide discretion, companies should commit themselves to upholding polices in line with the First Amendment’s guarantees.

You can find our model free speech policy here.