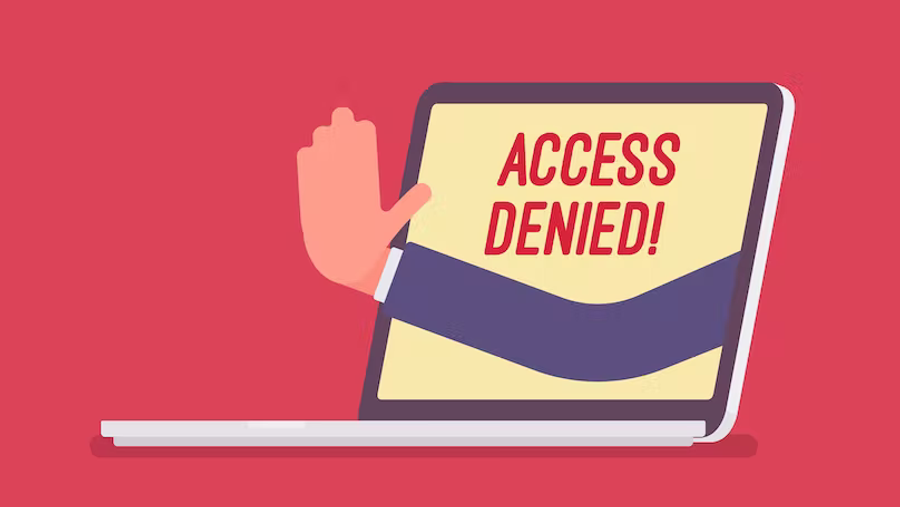 Today, most of us can’t imagine our lives without the ease of online search engines, apps, social media, and instantaneous news coverage. Our political discourse is now directed by pundits on Twitter, and a growing cohort of Americans rely on social media engagement as their primary stream of income.

As the public square has moved decidedly digital, a handful of Big Tech companies have become de facto gatekeepers. As part of our research for the inaugural edition of the Viewpoint Diversity Score Business Index, we found numerous policies tucked away in terms of use and service that give carte blanche discretion to massive corporations like Apple, Meta (Facebook, Instagram, etc.), Twitter, and Alphabet (Google, YouTube) to censor content or restrict access to service with little transparency or limit. Given the outsized influence these companies wield, their policies negatively impact millions of Americans.

Here are 3 of the most harmful policies these companies include in their customer/user terms and conditions:

We’ve written before on how far too many corporations’ vague and overly broad speech codes set the table for viewpoint-based censorship. But it’s a topic worth emphasizing. On Apple’s website, for instance, if you’re looking for clear guidelines of what apps can and cannot be hosted on its servers, you’ll notice that the rules are a little…fuzzy.

“We will reject apps for any content or behavior that we believe is over the line,” its website reads. “What line, you ask? Well, as a Supreme Court Justice once said, ‘I’ll know it when I see it.’ And we think that you will also know it when you cross it.”

At face value, this might seem harmless. But we know from experience that ambiguously worded speech codes like this often serve as an invitation for the company to selectively censor expression it doesn’t like. As reported by the Huffington Post, Apple’s policy has been used to censor a wide range of content, including those promoting Judeo-Christian views on marriage and sexuality. That trend also holds outside the U.S., where Apple’s censorship often caters to the whims of oppressive regimes.

[Find our resource on the risk of unclear or imprecise terms in products or service policies here.]

Here in the U.S., a similarly ambiguous policy has also enabled Amazon employees to remove a book by conservative intellectual Ryan T. Anderson that challenges radical gender ideology. It’s worth mentioning that Amazon customers can still purchase Adolf Hitler’s Mein Kampf, along with millions of titles from across the ideological spectrum. As the world’s largest online book retailer, Amazon has an obligation to a broad range of customers and fellow citizens to craft discreet, clear policies and enforce them in even-handed ways.

Like Apple and Amazon, social media giants Meta and Twitter employ speech codes that afford them wide discretion to block or discriminate against users whose opinions are disfavored by employees tasked with content moderation. Meta openly admits that, “There is no universally accepted answer for when something crosses the [hate speech] line.” Twitter, likewise, has numerous policies containing the terms “hateful conduct,” “misinformation,” and “disinformation.” Each of these terms is a threat to free speech because they can be wielded to silence any viewpoints those in authority choose.

It wasn’t long ago that corporate HR sensitivity trainings and the like were the fodder for popular sitcoms like NBC’s The Office. Today, however, some of the nation’s largest employers are drawing heavily from divisive concepts including Critical Theory to turn these exercises into anything but a laughing matter. Rather than working toward noble goals aimed at uniting employees with diverse sets of values, beliefs, and even political opinions, the training curriculum at many publicly traded corporations is dividing employees—most commonly under the guise of so-called “Diversity, Equity, and Inclusion.”

One Google employee “diversity” program, for example, claims that America is a “system of white supremacy” and that all Americans are “raised to be racist.” As Christopher F. Rufo writes at City Journal, corroborating documents from a whistleblower revealed that the company has what Rufo characterized as an “extensive racial-reeducation program, based on the core tenets of critical race theory.”

Google’s decision to promote divisive concepts within its workplace training materials significantly harmed its performance on the Workplace section of the Viewpoint Diversity Score 2022 Business Index. Unfortunately, Google is far from the only corporation to have flunked that metric. Of the 50 publicly traded companies scored across the banking, software, and communications industries, we found divisive employee training materials, programs, or policies for 39. None of the remaining 11 corporations responded to relevant shareholder survey questions, and none affirm that they will not incorporate divisive concepts into employee training.

Delving deeper into the issue, training material from Apple and Meta compel employees to view one another with fear and suspicion through a kaleidoscope of racial and socioeconomic lenses. Apple’s "Taking Action on Racial Equity and Justice: Learning Challenge Series - Discussion Guide and Workbook"  warns employees to, “be prepared to be uncomfortable, and lean into your vulnerability....Racism is the marginalization or oppression of people of color based on a socially constructed racial hierarchy that privileges white people.”

Meta’s “Allies in Action” guide tells employees that “Instead of asking for help to understand social issues, do your own work to mitigate your biases and model allyship behaviors. Read up on how to be anti-racist and educate yourself.”

Trainings like these cause workplaces to become divided as employees are taught to judge one another by the color of their skin—the very thing these trainings claim to guard against.

One clear alternative to this misguided approach, “Training Courses to Build Better and Brighter Workplace Cultures,” created by BrighterSideHR, is available on our resources page.

3.      Lack of explicit protections for viewpoint and religious diversity

Businesses thrive when employees know that their fundamental beliefs matter and are respected. Many employees consider faith central to their purpose, ethical values, and identity. Yet very few benchmarked companies on the Index disclose specific steps they have taken to ensure that religious workers can bring their whole selves—including their faith and values—to work.

Twitter, for instance, has no publicly accessible policy affirming even a minimum degree of respect for viewpoint diversity in the workplace when it comes to religious views. And while the company’s publicly accessible workplace policy includes religion as a protected category, employees are prohibited from giving to charities with a religious mission through Twitter’s gift-matching program.

That fits with a larger trend within the Index, which found that 40 percent of scored companies maintain policies that prohibit or threaten to prohibit employees from making matching-gift contributions to certain non-profits because of their religious status or practices. Plus at least 34 percent restrict or threaten to restrict employee gifts based on charities’ religious beliefs.

Digital service providers have an opportunity to foster trust, respect, unity, and excellence by embracing the freedom of thought and belief in their workforces. Achieving that important goal starts with identifying problem areas and addressing them with real-world solutions.